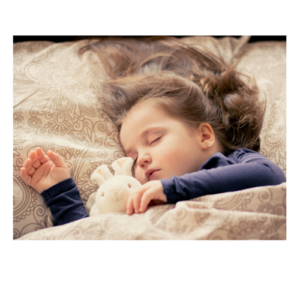 “Sometimes sleep apnea is noticed by parents when they notice that their child stops breathing periodically during the night,” Dr. Smith said. “Typically, the child will have a lot of loud snoring, stop breathing for a few seconds and the resume breathing with a loud snore or choking sound.”

“Sleep apnea can be caused by something blocking the airway such as enlarged tonsils or adenoids, or if the brain forgets to tell the body to breathe, like the pauses we all have after we yawn or sigh heavily,” she said. “Although some pauses in breathing during sleep are normal, if the pauses become prolonged, occur frequently, or if they are associated with a drop in oxygen or a rise in carbon dioxide the pauses may be considered abnormal.

Children who are obese, have enlarged tonsils or adenoids, have low muscle tone, have a chronic illness such as asthma, and children with Down Syndrome may be at risk for sleep apnea.

Sleep apnea is diagnosed by performing a sleep study in a sleep lab. For more information, click here. 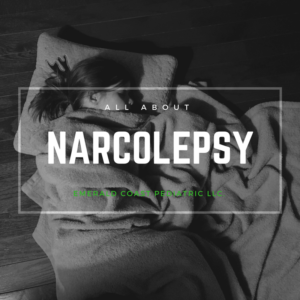 Narcolepsy is a neurological condition in which people have excessive daytime sleepiness.

According to Dr. Sonia Smith, owner and practitioner at Emerald Coast Pediatric Sleep Consultants, LLC., narcolepsy is characterized by uncontrollable sleep attacks during the day.

Although narcolepsy is relatively uncommon in children – with an estimated 20 to 50 cases per 100,000 children in the Western World— it’s impact on a child’s life can be dramatic.
The condition commonly begins in the teenage years, but has been diagnosed in children as young as five. Children with narcolepsy often have difficulty staying awake in school, which can affect their academic performance.

Narcolepsy may be accompanied by hallucinations while falling asleep or waking up, loss of muscle control with heightened emotions (cataplexy), and feelings of an inability to move the body when waking up (sleep paralysis).
Narcolepsy is most commonly diagnosed by performing a Multiple Sleep Latency Test (MSLT).

“The MSLT measures how fast a patient goes into REM (rapid eye movement) sleep,” Dr. Smith said. “Patients with narcolepsy go into REM sleep much faster than they should.”
Other less common tests for narcolepsy include testing for the decreased amount of a sleep molecule called hypocretin in the spinal fluid.
Currently, there is no cure for narcolepsy but symptoms can be managed with a combination of medications, including stimulants, to keep patients awake during the day.

“Patients are also encouraged to have a good sleep routine with a regular sleep/wake schedule and to exercise regularly,” Dr. Smith said.

Information for this blog was obtained from: Kotagal, S. 2017. UpToDate: Narcolepsy in Children